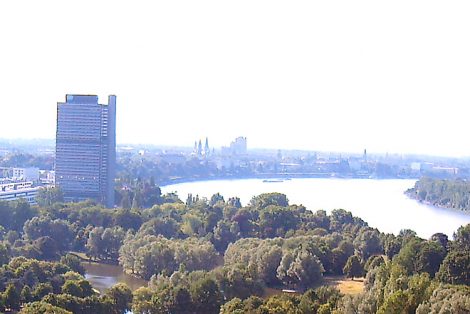 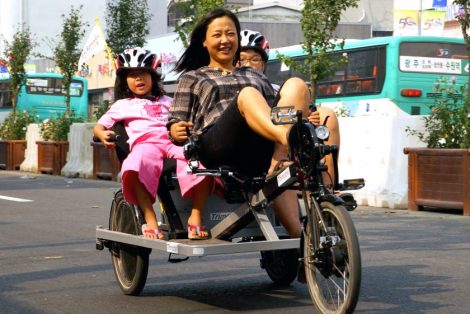 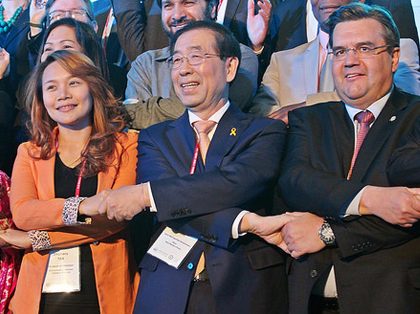 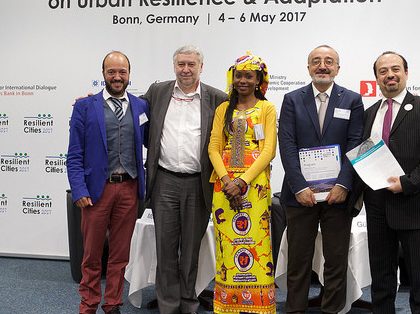 The Climate Summit of Local and Regional Leaders, taking place on 12 November 2017, in Bonn, Germany, will be the focal point for local and regional governments at COP23. The Summit is co-hosted by the City of Bonn and the State of North Rhine-Westphalia, with support from the German Federal Government. It is endorsed by the Marrakech Partnership for Global Climate Action, UN agencies and EU institutions. Considerable financial support is also provided by a special partner, the German Federal Ministry for Economic Cooperation and Development (BMZ).

ICLEI is organizing the event on behalf of the Global Taskforce and looks forward to welcoming all climate stakeholders to this series of crucial conversations on the state of our climate and our plans to fix it.

Indeed, the Climate Summit is already bringing together the broadest coalition that has ever gathered around a UN Climate Change Conference in decades. This coalition includes major networks and initiatives of local and regional governments, such as the Under 2 Coalition and the Global Covenant of Mayors for Climate and Energy. The Climate Summit is also the first event to be officially endorsed by the COP23 Presidency.

We have an unprecedented task before us: enacting a global shift away from fossil fuels and towards clean energy, in order to keep global warming well below 2°C, aiming for 1.5°C. Only by building wide and inclusive partnerships for implementation will we ensure that climate plans and actions are as ambitious, timely and integrated as needed.

This is the spirit of the Summit, which is reflected in the official hashtag chosen for the event, #United4Climate. All ICLEI Members, partners and friends are encouraged to use it to showcase their commitment to inclusive and collective climate action at the local and global level.

The announcement by President Trump that his government intends to withdraw the United States from the Paris Agreement cast a shadow on the immediate future of global climate action. However, the Paris Agreement was forged by all but two nations and is supported by a growing wave of cities, regions, states, businesses, investors and citizens worldwide, including powerful actors in the USA. They have all been very vocal about ensuring that efforts to curb climate change and prepare communities for the future are in no way slowed or watered down by this untimely change of heart from the U.S. government.

It will also be the place where existing gaps will be addressed and where the local and regional governments’ constituency will provide inputs on the Paris Agreement’s rulebook and how to ensure that efforts by climate stakeholders are integrated and synergic.

For more information regarding local and regional governments’ activities at COP23 and the Climate Summit of Local and Regional Leaders, please check the event website.

Associate Partnership is available to non-governmental organizations, universities, state and national government agencies and not-for-profit research institutions. The purpose of Associate Partnership is to facilitate dialogues between local governments and these partners, to provide knowledge transfer in line with ICLEI’s Mission and Charter, and an avenue for which partners can support ICLEI’s work and mandate.

HARNESS the power of the ICLEI Network! " Governments need to give (the sense of) direction, as Business leaders we don't make the wind, we sail the boats. So policy should set the winds in the right directions if you want the boat going fast to the right harbor." Philippe Joubert Senior Advisor, World Business Council
on Sustainable Development

Joining ICLEI means connecting to more than 1,500 local and regional governments as well as technical experts and a diversity community of partners worldwide. ICLEI Members actively engage with their peers through conferences, workshops, webinars and online platforms and take advantage of our connections with businesses, financial institutions and other implementation partners that help strengthen innovation and resourcing.

How, in general, could ICLEI best help your municipality in terms of sustainability?

Please list the key reports you have issued on the state of the environment/sustainable development in your local government.

Please provide contact details of the person completing this form

We use cookies on our website to give you the most relevant experience by remembering your preferences and repeat visits. By clicking “Accept”, you consent to the use of ALL the cookies.
Cookie SettingsAccept
Manage consent

This website uses cookies to improve your experience while you navigate through the website. Out of these, the cookies that are categorized as necessary are stored on your browser as they are essential for the working of basic functionalities of the website. We also use third-party cookies that help us analyze and understand how you use this website. These cookies will be stored in your browser only with your consent. You also have the option to opt-out of these cookies. But opting out of some of these cookies may affect your browsing experience.
Necessary Always Enabled
Necessary cookies are absolutely essential for the website to function properly. These cookies ensure basic functionalities and security features of the website, anonymously.
Functional
Functional cookies help to perform certain functionalities like sharing the content of the website on social media platforms, collect feedbacks, and other third-party features.
Performance
Performance cookies are used to understand and analyze the key performance indexes of the website which helps in delivering a better user experience for the visitors.
Analytics
Analytical cookies are used to understand how visitors interact with the website. These cookies help provide information on metrics the number of visitors, bounce rate, traffic source, etc.
Advertisement
Advertisement cookies are used to provide visitors with relevant ads and marketing campaigns. These cookies track visitors across websites and collect information to provide customized ads.
Others
Other uncategorized cookies are those that are being analyzed and have not been classified into a category as yet.
SAVE & ACCEPT